The first thing that impressed people about Bastian Celeste was that he could speak two dozen languages. What they didn’t notice in all their admiring was that language was about control, and Bastian had an intent so complicated even he was unsure of how far down he’d crawled.

He flicked a glance at the pinnacle of youth sprawled out across his sofa. He was one of those kids who saw being under 25 as permission to rule the world. Every damn thing about him screamed – This is how you were once. Before you wasted your way through the magic lantern of frustrations. Bastian couldn’t be doing with it. He picked up his phone, scrolling through a series of imaginary texts, ‘If you’re going to waste my time, you should leave now.’

The young man didn’t even bother to look up.

The words came at him in slow motion artillery. What a fucking joke, like there had ever been anything to hear or not hear. Bastian smiled sweetly, but along the horizon the sun ripped up all the colours that weren’t red.

It was never really his fault, not when it came to it. It was more the familiarity of their arrogance that let them down. They always thought he was checking for texts because that’s what they did. Like the world was made in their image.

‘You know, most people are afraid of madness, because it has a fire in it they think they can’t predict. They forget that sanity comes in many …flavours.’ Bastian inhaled the word, gathering up the sickness in measured and treasured, ‘Have you ever put a jar over a wasp and watched it die trying to get out?’

The locking mechanisms were virtually silent. Bastian synced a satisfying clicking sound through the internal speakers. Fear was in the details.

He smiled again. Frankly, this was the best part. The bit when they realised who he was. And there was always enough victory in that moment to light a bonfire.

Part 1 – I’ll slip into something more comfortable
Part 2 – Just depends what sort of mood I’m in.
Part 3 – It’s not like we stood in line fore this
Part 4 – That first cut is always so damn sweet
Part 5 – After 9 days I let my mind run free

22 thoughts on “I’ll slip into something more comfortable…” 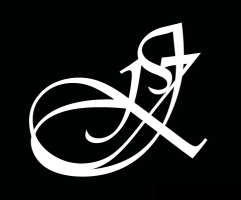